An evening of awards for Hampshire ‘High Flyers’

In the presence of the Lord- Lieutenant of Hampshire HM Mr Nigel Atkinson, awards were present to Air Cadets and Adult Instructors from the Wing in recognition of long and dedicated service and individual achievements in sports, education and first aid.

Awards  presented on the evening by both the Lord-Lieutenant and the Air Vice Marshall were presentations of Commendations, Corps sporting awards and presentations of Institute of Leadership and Management certificates.

Addressing the guests at the end of the evening the Lord-Lieutenant said, “It has been an absolute delight to present the awards this evening, the citations were remarkable, many congratulations.”  He added, “The skills that you all learn from being in the Air Cadets are life-long and will benefit all of you in any of the careers you choose.” 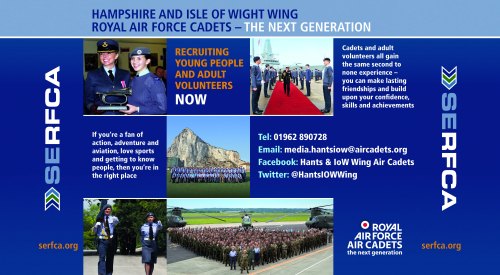 Are you interested in becoming an Adult Instructor or Cadet?

For further information go to: www.hantsatc.com

Member of Parliament for Havant Alan Mak joined over 50 Employers from Hampshire, Surrey and Sussex at a business networking event held on the 17 March 2016, at the British Army’s Land Based Air Defence Equipment Centre, Baker Barracks on Thorney Island in Hampshire. Organised in conjunction with 11 Infantry Brigade and South East Reserve Forces’ and Cadets’ Association. 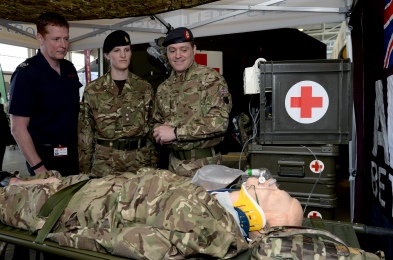 Mr Stuart Adamson Area Manager Hampshire Fire and Rescue Services with two members of Portsmouth based 243 Field Hospital, Lieutenant Stephanie Cozens from Portsmouth, who in her civilian role is a Doctor at the Queen Alexandra Hospital in Portsmouth , and Corporal Andrew Thomas who works at the A&E at the same Hospital. Andrew an ex regular soldier in the Royal Engineers, left the forces and retrained to be a Nurse. He said, “I then joined the Reserves as well and it has given me a better life balance – home, work and the Reserves.”

Tahina Akther Barrister and Wayne Effeny Barrister’s Clerk from College Chambers Barristers in Southampton , and Mr Alex Penn from Richard Taunton 6th Form College. Mr Penn said, “As a Public Services Teacher to come along to an event such as this is great – we look to inform our pupils about the armed forces and the option of being either a Reservist or a Regular is another selling point.”